Russell A. Glenn works at Cloud Compliance at Palantir Technologies. He specialises in international relations, energy security and US-China relations. He was a Lecturer in Chinese Studies at the Leiden Institute for Area Studies, Leiden University, The Netherlands, after obtaineding a PhD at the Faculty of Asian and Middle Eastern Studies at Cambridge University, UK.

Lisa Fischler is ESL Instructor at Monterey Institute of International Studies, and California State University Monterey Bay. She was Associate Professor of political science at Moravian College in Bethlehem, Pennsylvania, until 2013. She obtained her PhD in political science in 2000. Her research includes women’s movements and NGO activism in Hong Kong and South China, and transnationalism and gender in China.

Tian Miao is Lecturer in Urban Planning and Development, School of Social and Political Sciences, University of Glasgow. She worked as Research Fellow at the Centre for Housing Research, University of St Andrews. She received her PhD in the Bartlett School of Planning, University College London. Her PhD study paid attention to the effects of science and technology parks and innovation management on China’s regional development. She is currently the Student Representative for the Regional Studies Association.

Matthew Wills (魏文轩) is PhD student at Department of History, University of California, UCSD, USA. He studied Chinese in the School of Chinese as a Second Language at Peking University in Beijing. Prior to this, he read history (focusing predominantly on the history of China) at Trinity College Oxford, graduating in 2012 with a First. He also works as Assistant Editor for Journal of China in Comparative Perspective.

Hung-jen Wang (王宏仁) is Assistant Professor, Department of Political Science and Graduate Institute of Political Economy, National Cheng Kung University, Taiwan. After obtaining his doctorate in Political Science from the University of Tübingen (ERCCT), Germany, he was a postdoc research fellow at the Käte Hamburger Kolleg/ Centre for Global Cooperation Research at the University of Duisburg-Essen, Ger-many, and a visiting research fellow at the Institute of Asian Studies, GIGA German Institute of Global and Area Studies. He is author of The Rise of China and Chinese International Relations (IR) Scholarship (Lanham, MD: Lexington Books, 2013).

Ting Luo is a Post-Doctoral Fellow at the Institute of Political Science. She works on the ERC funded research project on ‘Authoritarianism 2.0: The Internet, Political Discussion, and Authoritarian Rule in China’. She studies Chinese politics, elections and comparative politics and obtained a PhD in government and an MSc in public policy and administration from London School of Economics and Political Science. Her PhD project aims to explain the political behavior of non-Communist Party members in village elections and the political space for non-Party members in grassroots politics in China.

Lei Zhang obtained her PhD – entitled Bringing China into Comparative Welfare Research: Pension Reform in China – A Historical Institutionalist Case Study (1980s-2010s) – at the department of Social Policy and Social Work, University of York, in 2013. She is interested in the comparative study of Sino-Japanese corporate pensions social welfare pension. She was the Research Assistant (2011-12) of CCPN at the London School of Economics. 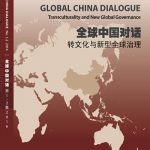