Stephan Feuchtwang is Emeritus Professor of the Department of Anthropology and Founding Director of the China in Comparative Perspective Network (CCPN), London School of Economics and Political Science (LSE).
Xiangqun Chang is Director of Global China Institute, Editor of the Journal of China in Comparative Perspective (JCCP), and Chief Editor of Global China Press. She is also Honorary Professor at University College London, UK, and holder of several professorships and senior fellowships at Peking, Renmin, Fudan and Sun Yat-sen universities in China.
ZHOU Daming is Professor of the School of Anthropology and Sociology, Director of the Ethnic Group Study Centre, Sun Yat-sen University, China, and Vice-president of the China Union of Anthropological and Ethnological Sciences (UAES).

This volume marks the 105th anniversary of the birth of Fei Xiaotong, the renowned Chinese sociologist and anthropologist. It is one of the outcomes of a four-day event, organized jointly by China in Comparative Perspective Network (CCPN) and other organizations at the London School of Economics and Political Science (LSE), held in 2010, and includes not only pieces presented at that event but also a number of excellent articles that we have since received from scholars worldwide. Other will be published in collected volumes to promote China’s social sciences worldwide, to consider problems of globalization and to participate in the building of a global society.

This first volume focuses on vocabulary, invention and the exploration of Chinese social sciences, in the hope of building a ‘palace’ of human knowledge out of ‘intellectual bricks’ created by words, phrases and ideas. It consists of five articles by authors from the UK, USA and Switzerland and four appendices, including the innovative ‘Chinese Social Science’ – a branch of ‘Chinese for Specific Purposes’ (CSP), written by UK-based Chinese teaching and translation experts.

The UK-based Global China Press (GCP) is the first publisher specializing in dual language publications that focus on Chinese perspectives of the world and human knowledge and non-Chinese perspectives of China in a global context. The co-publisher of the present volume, New World Press (NWP), was founded in 1951, and is a member of the China International Publishing Group (CIPG). It publishes multilingual books on social sciences, literature, management and other disciplines that serve to introduce China to the world. As early as the 1980s, NWP published the China Study series in English, covering China’s economy, politics, ethnicity, population, history, sociology and anthropology, and including Fei Xiaotong’s Toward a People’s Anthropology (1981), Chinese Village Close-Up (1982) and Small Towns in China (1986). NWP is republishing the China Study series jointly with GCP, supplemented by new titles. 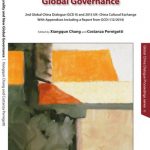 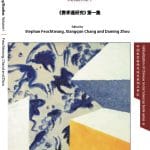 Fei Xiaotong Studies – Part I (paperback)
Scroll to top
This site is registered on wpml.org as a development site.