This volume showcases the latest research of non-Chinese scholars relating to this indigenous concept and to China’s social development in a global context. It tackles the following topics: the assessment of the social impact of infrastructure projects; China’s reforms and its changing political system; whether or not the Singapore model is suitable for China to follow; soft power through education; and boundaries, cosmopolitanisms and spaces in Chinese and international cities. The book will be of interest to academics, professionals, practitioners, university students and the general public seeking a comprehensive understanding of China.

Society Building: A China Model of Social Development is the second volume in the ‘Understanding China and the World series’, edited by the late Chinese sociologist ZHENG Hangsheng (1936–2014) and British–Chinese scholar Xiangqun Chang. Both the title of the volume and book series deliberately reflect a new perspective on China, putting China in the context of globalization and inspiring comparative studies that enable non-Chinese to understand China and the world.

This book was first published in 2014 by Cambridge Scholars Publishing (CSP). This new edition is published in association with CSP, by the UK-based Global China Press (GCP) and New World Press (NWP). GCP is the first publisher specializing in dual language publications that focus on Chinese perspectives of the world and human knowledge and non-Chinese perspectives of China in a global context. NWP was founded in 1951 and is a member of the China International Publishing Group (CIPG). It publishes multilingual books on social sciences, literature, management and other disciplines that serve to introduce China to the world. As early as the 1980s, NWP published the China Study series in English, covering China’s economy, politics, ethnicity, population, history, sociology and anthropology, and including Fei Xiaotong’s Toward a People’s Anthropology (1981), Chinese Village Close-Up (1982) and Small Towns in China (1986). NWP is republishing the China Study series jointly with GCP, supplemented by new titles.

Modernity in China’s histories over the last 150 years has been a complex, often painful process. This continues, and aspects of it are looked at in this clear, hybrid and scholarly book. European experts think hard about the meaning of modernity on the specifics of Chinese society, its politics, its social composition and its landscape through its cities. But there are also excellent comparative studies of China’s experiences in these areas and those of India and Singapore, packed full of interesting data. This is a timely book, because the notion of a specific China Model was in danger of retreating into rhetoric. These essays show that there is much about the Chinese experience of its reform in the last thirty years that was borrowed, but also much that was due to indigenous innovation. Armed with the detailed frameworks and the information from the essays in this book, we can think about the Model much more profitably, and put into practice one of the great implications of the Reform process when it started in the late 1970s, to make practice the criterion of truth. —Kerry Brown, Professor of Chinese Politics, Director of the China Studies Centre, University of Sydney, Australia

Xiangqun Chang has assembled an excellent team of contributors to discuss the idea of ‘society building’ in China. The term was coined by Sun Yat-Sen in 1917, but it could not be more contemporary – as China wrestles to reconcile the demands of population, resources, democracy and social welfare. This book gives us considerable insights into the alternative visions of social development now being discussed in China. —Robin Cohen, Emeritus Professor of Development Studies, University of Oxford, author of Global Sociology, UK

This book tackles one of the most important tasks for social science research in the 21st century, understanding the Great Transformation that is occurring in China.   Inspired by the late Professor Lu Xueyi, Society Building probes the many models interpreting and guiding the process of change. I highly recommend the book. —Gary Hamilton, Professor of International Studies and Sociology, University of Washington, USA

Lu Xueyi’s name is known for his work in China on building a harmonious society. Fei Xiatong, whose work is the key for Western sociologists to understand China’s Society Building, explains in his chapter Chaxugeju that “Chinese social patterns… lack organizations that transcend individual personal relationships” (From the Soil, 1992:160). As a result, public virtues dedicated to serving organizations could not develop in China.  The present collection of essays shows how Lu’s projects were designed to follow Fei’s insight. —Horst J. Helle, Professor emeritus of Sociology, Institut für Soziologie, Universität München, Munich, Germany

As China’s rapid economic progress fluctuates, with global repercussions, it becomes imperative that we get a better understanding of the socio/ political structures that underpin and interact with this advance. This collection of papers is a valuable addition to this discussion. Contributors explain the various social and economic ‘models’ that China has experimented with putting them in both historical and comparative perspectives.  Highly recommended reading. —Christopher Howe, Professor emeritus of Department of Financial & Management Studies (DeFiMS), SOAS, University of London, UK

Drawing on the expertise and insights of scholars from eight countries, this book illuminates the meaning of the ‘China model’ and the implications for China’s societal development and political system. The book tackles this significant issue from a variety of interesting angles. It is well worth reading, especially in light of China’s importance in the world. —Jonathan Unger, Professor of sociology, Founding Editor of The China Journal, Australian National University, Australia

The concept “Society building”, derived from extensive research of Chinese society by Chinese social scientists over several generations, should be a shared resource of human knowledge. This academic product is made in UK, which signified the academic exchanges between China and the world entered into a new era. —Zheng Hangsheng (1936—2014), Professor of Sociology, Renmin University; Honorary President of the Chinese Sociological Association (CSA), China 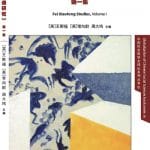 《费孝通研究》第一集 (精装)
Scroll to top
This site is registered on wpml.org as a development site.