Professor Xiangqun Chang is President of Global China Institute (a UK-based academic institute), Editor of Journal of China in Comparative Perspective (JCCP) and Chief Editor of Global China Press. She is also Honorary Professor of University College London (UCL), Professorial Research Associate of SOAS, University of London, Visiting Professor of University of Westminster, UK, and holder of several Professorships and Senior Fellowships at the UK and China. Her publications amount to three million Chinese characters/English words and include Guanxi or Li shang wanglai? Reciprocity, Social Support Networks, and Social Creativity in a Chinese Village (2009; 2010).

Ms Costanza Pernigotti is Assistant Translator of Global China Institute, Assistant Editor of Journal of China in Comparative Perspective (JCCP), and Researcher at the Research Centre for Discourse and Communications, Zhejiang University of Media and Communications, China. She obtained an MA in Sinology at the School of Oriental and African Studies (SOAS) at the University of London. Her areas of interest are modern and contemporary documentary texts, translation theory and practice, Asian Cultures and Markets, and European and Asian languages.

How much do we trust the media? Which media do we trust? Are the media of one language or country more trustworthy than those of another? In the ‘big data’ era, how long will different forms of media last and how widely will they penetrate? This book is a record of the launch of China’s Role in a Shared Human Future: Towards Theory for Global Leadership by Martin Albrow. It is intended to serve as a case study on media coverage of a book launch and, more widely, as an exposition of the true nature of media coverage beyond what appears on the surface. This is Volume 5 in the Globalization of Chinese Social Sciences book series, edited by Xiangqun Chang, President of Global China Institute and Honorary Professor of University College London, UK.

Although essentially a social scientist, I crossed into the discipline of media studies three years ago. I am not proficient in media work, including arranging media support even for the very well-received and high-profile Global China Dialogue Series (GCDS), organized jointly by Global China Institute; Lau China Institute, King’s College London; China Media Centre, University of Westminster and Chongyang Institute For Financial Studies, Renmin University of China since 2014. However, I got involved in such work for the first time in collecting together the media coverage of the launch of Professor Martin Albrow’s book China’s Role in a Shared Human Future: Towards Theory for Global Leadership. Initially, the purpose was mainly to provide information to the commercial press to support its Chinese edition, to be published by the oldest and respected publisher of translated classical works from outside China.
I was much impressed by the over 100 pages of media coverage that Costanza Pernigotti, Assistant Editor and Translator of Global China Institute, put together. I was also very grateful for the professional work produced by all the journalists and media producers involved, as also to colleagues and friends who helped us arrange the book launch and secure the extensive coverage it received.

However, after the media coverage had already been printed, I discovered many problems, for example some links did not work because the contents had been removed within a few days in order to save storage space. It appeared also that media coverage of the event in the Chinese language was much greater than in English; indeed, even the media coverage in English came mainly from China’s sources. More importantly, the media generally are not well enough versed in this theme to understand the intentions behind such a book. The hint would be the subtitle, Towards Theory for Global Leadership, and the fact that the book is part of the Globalization of Chinese Social Sciences series, published jointly by Global China Press and New World Press.

The situation is not unique. Duncan Bartlett, Editor of the monthly political magazine Asian Affairs and former presenter of the World Business Report on the BBC World Service, expresses similar concern from the media perspective. On 3 October 2018, he gave a seminar entitled ‘Is the media right to be shocked by social credit?’, part of the Global China Media series, jointly organized by the China Media Centre, University of Westminster, and the Global China Institute. According to Mr Bartlett, China’s social credit system has provoked a great deal of horror in the international media. There have been numerous complaints that, by keeping close track of its citizens using big data, China is using a ‘Big Brother’ form of coercion and control. Many foreign journalists have suggested it is a dystopian human rights violation.

‘Social credit’ is an interdisciplinary distributive philosophy developed by C. H. Douglas (1879–1952), a British engineer who published a book by that name in 1924. The term has been applied in different ways in Australia, Canada, Ireland, New Zealand, Solomon Islands, UK and USA. In China, however, the ‘Social Credit System’ is a national reputation system being developed by the government. It is intended to standardize the assessment of citizens’ and businesses’ economic and social reputation, or credit, by 2020. In his seminar, Mr Bartlett posed some questions. Is this a fair assessment of the social credit system? What does the Chinese government see as its goals and is there much resistance among ordinary citizens? How do Western media report China and how do Westerners perceive China? In the present book, I turn this question on its head. How do Chinese media report the West and how do Chinese perceive the West?

Moreover, the purpose of publishing this record of the launch of Martin Albrow’s book, as volume 5 of the series, is to offer a contrast between the records of the event (Part One) and media coverage of the event (Part Two), and additionally to compare the reactions to and the impact of publication, in both Chinese and non-Chinese languages, Xi Jinping: The Governance of China Volumes I and II. Professor Martin Albrow has provided scholarly commentaries on Xi’s work from the perspective of a non-Chinese. The present book also includes other related views, the better to raise awareness of and promote Chinese and non-Chinese social scientific work on China in a global setting. 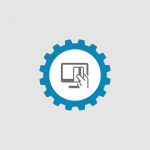 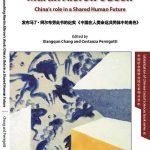 A Record of Launching Martin Albrow’s Book (Hardback)
Scroll to top
This site is registered on wpml.org as a development site.