Chapter 1 The Long Process of Urbanization

About the editor
China’s Urbanization: Migration by the Millions is edited by Xie Chuntao, a native of Linshu County, Shandong Province, and a professor and director of the CPC History Teaching and Research Department at the Party School of the Central Committee of CPC. He took charge of the school’s press sector for some time before switching back to teaching. He is author of many books, most notably: Turmoil of the Great Leap Forward, A Brief History of the 1959 Mount Lushan Meeting, A History of Socialism with Chinese Characteristics, China in Transition: from 1976 to 1982, An Illustrated History of the 50 Years of the PRC, and China Through the Ages – from Confucius to Deng (English edition), Why and How the CPC Works in China (Chinese and English editions), Governing China: How the CPC Works (Chinese and English editions), Learn from Mao Zedong, Introduction to the Communist Party of China, and Challenges for China: How the CPC Makes Progress (Chinese and English editions), Campaigns Against Corruption: How the CPC Fights.

This book was first published by New World Press in 2014, and republished jointly by New World Press and Global Century Press in 2016. This joint publication is the first volume in the ‘China Urbanization Studies’ series. We have retained the original typesetting, but we have added DOI numbers for the book, Series Editors’ Prefaces and all chapters, as well as a section of dual language additions from Global Century Press in English and Chinese.

The book was planned, outlined and edited by Xie Chuntao. The writing was done by a multitude of writers: Chapter One by QI Xiaolin, Chapters Two & Three by LI Qinggang, Chapter Four & Six by SHEN Chuanliang, Chapter Five by GAO Qiang and Chapter Seven by HAN Xiaoqing.

Prefaces
General preface one / LI Qiang
General preface two / LI Tie
Preface one / LI Tie
Preface two
Chapter 1: The Long Process of Urbanization
1.1 Prosperity and Civilization in Ancient Chinese Cities
1.2 The Rise of Modern Industrial and Commercial Cities
1.3 The Tortuous Path of the PRC’s Urbanization Drive
1.4 Acceleration of the Urbanization Process in Post-reform China
1.5 Prospects of China’s Urbanization
Chapter 2: Two Builders of Modernized Cities
2.1 Sweat and Contribution
2.2 Bewilderment and Growth
2.3 Change and Vision
Chapter 3: Changes in the Hukou System
3.1 Barriers That Need to Be Broken Through
3.2 No Return
3.3 Strengthening of Top-level Design
Chapter 4: Urbanization of Farmers
4.1 Surging Tides of Migrant Workers
4.2 The Dream of Settling Down in the City
4.3 Improving the Quality of Life for Migrant Workers
Chapter 5: Distribution of Proceeds from Value-added Land
5.1 Termination of the “Land for Development” Model
5.2 Land Empowerment–Seeking a Breakthrough in the Exploration Process
5.3 Comprehensive Land Management–from Regionalized to Centralized Approach
5.4 Distribution of the Proceeds of Value-added Land–Sharing the Benefits of Prosperity Through Competition
5.5 Land Reform and Urbanization
Chapter 6: Leaving Home for Jobs Close to Home
6.1 The High Cost of Home Leaving
6.2 Recurrence of Leaving Home for Jobs Close to Home
6.3 Local Urbanization
Chapter 7: Integration of Urban and Rural Development
7.1 Let Farming Become a Decent Career
7.2 Choice Let the Farmers’ Property Increase in Value
7.3 Equal Pay for Equal Work
7.4 Realize People-oriented Urbanization
Dual language information from Global Century Press
1 About the book
1.1 Abstract and about the author
1.2 Table of contents
1.3 About this book series and other books in this series
2 More from Global China Press
2.1 GCP style rules for rendering Chinese-English dual languages
2.2 GCP style rules for Chinese names
2.3 Examples of GCP book series
2.4 Journals and periodicals 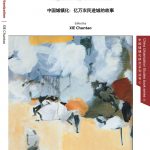 Preface two
Scroll to top
This site is registered on wpml.org as a development site.