Towards a People’s Anthropology (Paperback)

Professor Fei Xiaotong (Fei Hsiao Tung 1910–2005) was a pioneering Chinese researcher and one of China’s finest sociologists and anthropologists, as well as a social activist. He was particularly noted for his studies of China’s ethnic groups. His works on these subjects were instrumental in laying a solid foundation for the development of sociological and anthropological studies in China and in introducing the social and cultural phenomena of China to the international community.

His publications in English include Peasant Life in China: A Field Study of Country Life in the Yangtze Valley (1939), Earthbound China: A Study of Rural Economy in Yunnan (co-authored 1945), China’s Gentry: Essays in Rural-Urban Relations (1953), From the Soil (Xiangtu Zhongguo, Shanghai: Guancha, 1948 (translated as From the Soil: The Foundations of Chinese Society, 1992), Chinese Village Close-Up (1983) and Small Towns in China (1986), Globalization and Cultural Self-Awareness (2010). All Fei’s Chinese publications are included in Fei Xiaotong Completed Works, 20 vols. (2010).

Chapter one Towards a people’s anthropology

Chapter three On the social transformation of china’s national minorities

Chapter six Revisiting the mountains of the Yao people

National minorities and their distribution

The ‘Understanding China and the World’ book series is edited jointly by the late Chinese sociologist ZHENG Hangsheng (1936–2014) and British–Chinese scholar Xiangqun Chang. The books deliberately reflect a new perspective on China, putting China in the context of globalization and inspiring comparative studies that enable non-Chinese to understand China and its place in the world. Towards a People’s Anthropology was published in 1981 and republished in 2018 by New World Press and jointly published with Global Century Press in 2018. Towards a People’s Anthropology is Vol. 1 of this book series, replacing Society Building, originally published in 2015/2016 as Vol. 1, which has now become part of the ‘Chinese Concepts’ book series.

The co-publisher of the present volume, New World Press (NWP), was founded in 1951, and is a member of the China International Publishing Group (CIPG). It publishes multilingual books on social sciences, literature, management and other disciplines that serve to introduce China to the world. As early as the 1980s, NWP published the ‘China Study’ series in English, covering China’s economy, politics, ethnicity, population, history, sociology and anthropology.

Towards a People’s Anthropology (Hardback) 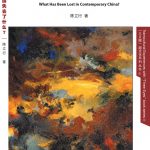 第一章 进入盛世的中国
Scroll to top
This site is registered on wpml.org as a development site.