The Rt. Hon. Lord Michael Bates, Member of House of Lords, former Deputy Chairman/Deputy Speaker, House of Lords; Minister of State, International Development, former Minister of State, Home Office, UK. Charitable work includes: Walked 1865 miles from Buenos Aires to Rio for Olympic truce & raised over £250,000 for UNICEF (2016), Walked 1059 miles from Beijing to Hangzhou raising over £90,000 for the Red Cross (2015), Walked 1041 miles from London to Berlin raising over £40,000 for Friedensdorf International (2014), Walked 518 miles from London to Derry raising over £50,000 for Save the Children (2013), Walked 2916 miles from Olympia to London to raise awareness for the 2012 Olympic truce (2012).

Extracts from Walk for Peace:

“The recent YouGov Opinion Poll found that the Chinese were the most optimistic people in the world, with 41% responding to say they thought that the world was getting better and 33% responding to say it was getting worse; the figures for Britain were that only 4% thought the world was getting better and 65% thought it was getting worse. I realised that if I were to accurately view the real China, then I needed to change the lens I was observing it through from cynical and pessimistic to sentimental and optimistic. Not to do so would be akin to trying to understand the meaning of Chinese characters using the Latin alphabet.”
“My chosen mode of getting around on my three-month visit to China was an unusual one—walking. I was undertaking a charity walk from Beijing to Hangzhou, roughly following the Grand Canal connecting the two cities and extending some 1,000 miles… When you walk, you need to engage with the communities you walk through in a real way—seeking food, water, shelter and advice on directions.”
“In each country I walk through, eighteen so far, what strikes me most are not our differences which are trivial, entirely cultural and massively over-stated, but our similarities, which are vast, awe-inspiring and largely unexplored.”

“There are many similarities between Professor Fei Xiaotong and Lord Bates. As a pioneering Chinese sociologist and anthropologist, Fei was Vice-Chairman of the Standing Committee of the National People’s Congress and Vice-President of the Chinese People’s Political Consultative Conference, and Bates was vice-Chairman of the UK House of Lords, and is State Minister of International Development in the UK government. At the launch of Bates’ Walk for Peace at the 2017 London Book Fair, Global China Press and New World Press signed a publishing agreement to jointly publish three social scientific popular books by Fei. Bates’s Walk for Peace has similar features to Fei’s books. Fei’s work had a great influence on China’s social economic development, and Bates’s book provides some useful thoughts and information for understanding China from a comparative perspective.”
– from the Postscript, by Prof Xiangqun Chang, Director of Global China Institute
This is the second book in the Transcultural Experiences with ‘Three Eyes’ book series, published by Global China Press (GCP). GCP is the first UK-based publisher specializing in dual language publications that focus on Chinese perspectives of the world and human knowledge and non-Chinese perspectives of China in a global context. This book series is jointly edited by Lixing Chen (Professor of Sociology, Kwansei Gakuin University, and former President of Japan-China Sociological Society, Japan) and by Xiangqun Chang (Director of Global China Institute and Honorary Professor of  University College London, UK).

Transcultural experiences with ‘three eyes’ book series is published by Global Chinese Press (GCP) from 2015. GCP is the first publisher focusing on bilingual publications of China, the Chinese and non-Chinese perspectives of China in a global context. It focuses on studies of China in comparative perspective, Chinese perspective of the world or human knowledge, and non-Chinese perspective of China in a global context. This book series is edited by Lixing Chen and Xiangqun Chang jointly. Chen is Professor of Sociology at Kwansei Gakuin University in Japan, former researcher of United Nations Regional Development Center (UNCRD), and served as former president of the Japan-China Sociological Society (JCSS)，and member of Organization Committee of the International Sociological Association(ISA). Chang is Director of CCPN Global, Editor of the Journal of China in Comparative Perspective (JCCP), Chief Editor of Global China Press, and Senior Consultant of Global China Unit, UK. She is also Honorary Professor of UCL (University College London); and holder of several Professorships and Senior Fellowships at Peking, Renmin, Fudan and Sun Yat-Sen Universities in China. 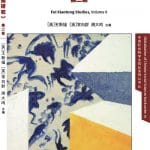 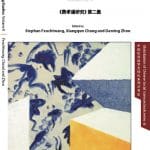 Fei Xiaotong Studies – Part II (Hardcover)
Scroll to top
This site is registered on wpml.org as a development site.